The following are some additional pests that you might find while scouting. 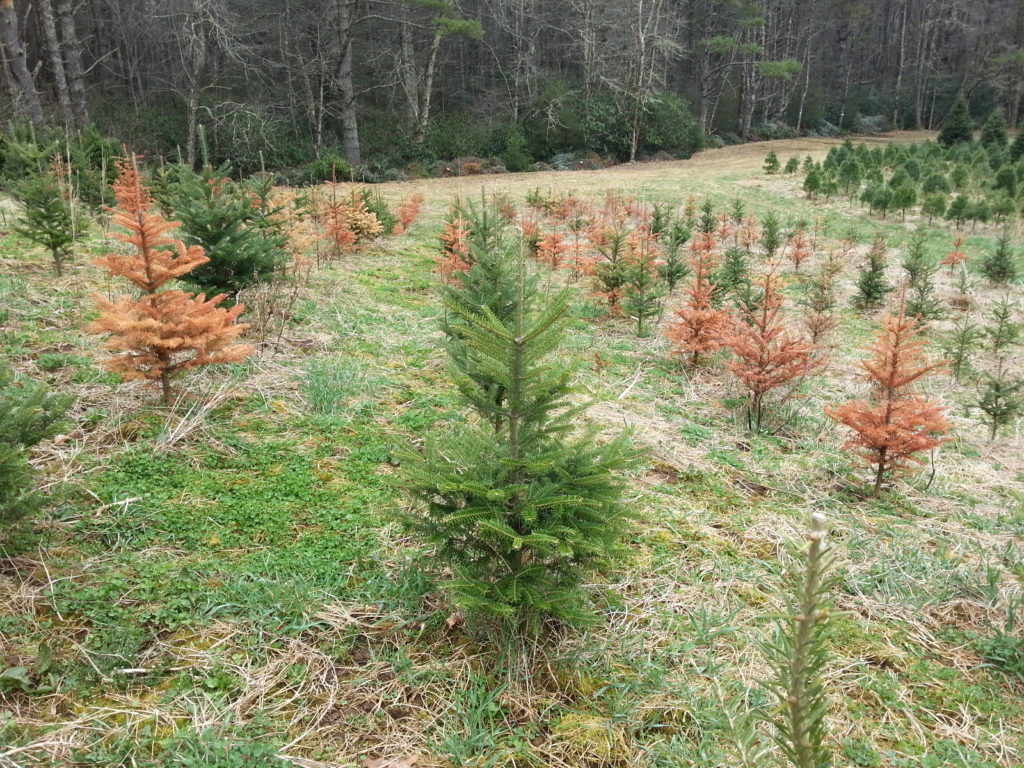 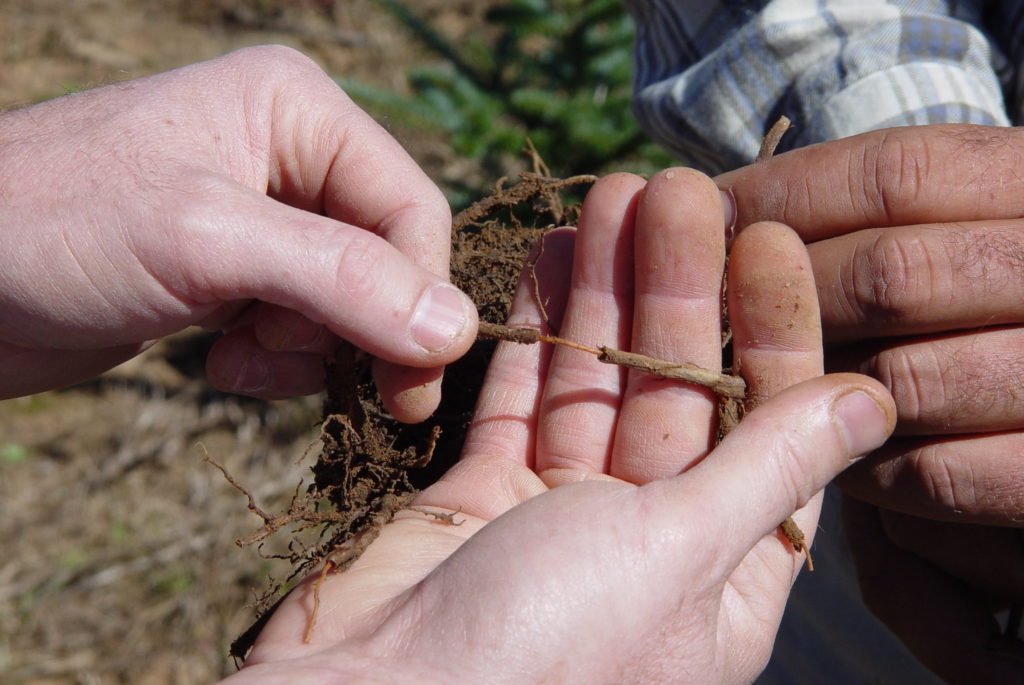 The outer portion of roots killed by Phytophthora root rot will slip away from the inner core, helping to determine the cause of tree death

How to identify Phytophthora root rot:

How to identify Annosus root rot: 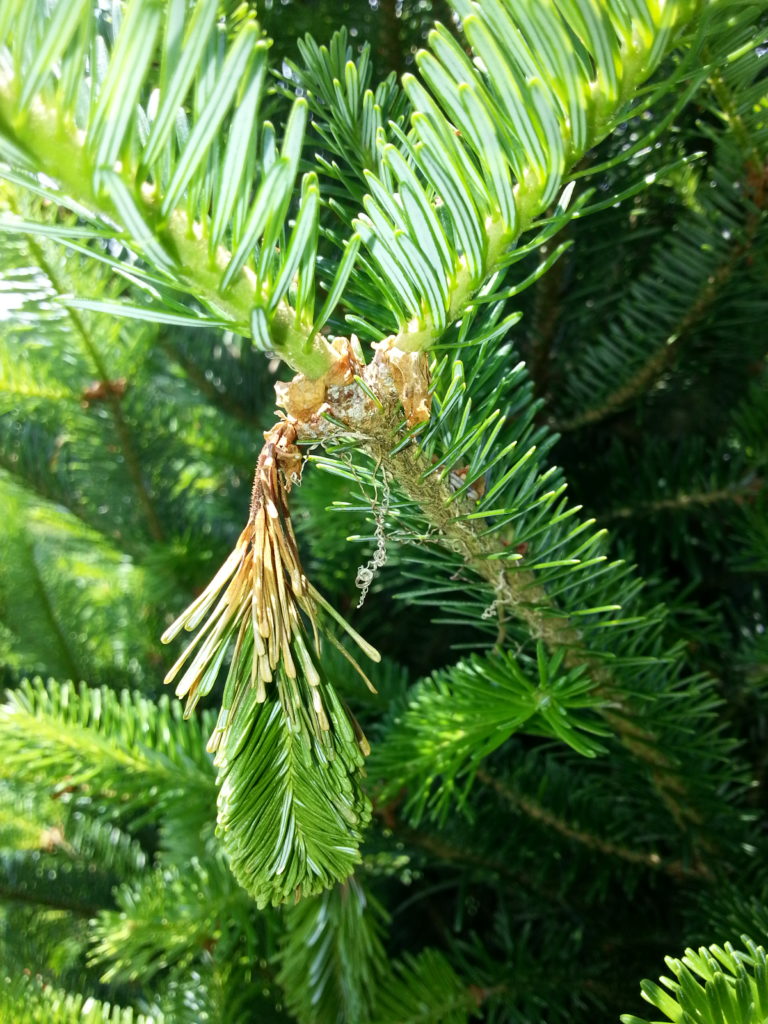 Botrytis shoot blight:  Botrytis causes shoot death in the spring, usually in sites with high humidity and in springs with late frosts. Nothing can be done about Botrytis shoot blight in field-grown trees. Dead shoots usually fall off or removed during shearing. In greenhouse-grown seedlings, however, Botrytis can cause seedling blight that can be controlled with fungicides.

How to identify Botrytis: 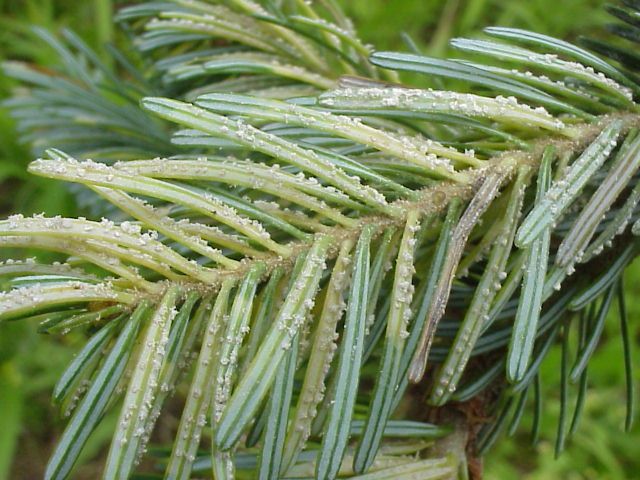 White spores of fir/fern rust erupting from the underside of infected needles.

Fir/fern rust:  This rust disease alternates between firs and ferns – that is the spores produced on the ferns infect fir trees, and the spores produced on the fir trees infect the ferns. The fir/fern rust in western North Carolina is Uredinopsis americana (formerly called Uredinopsis mirabilis) which alternates between Fraser fir and sensitive fern. It is occasionally a problem along the edges of blocks of trees near woods where ferns are abundant.

How to identify fir/fern rusts: 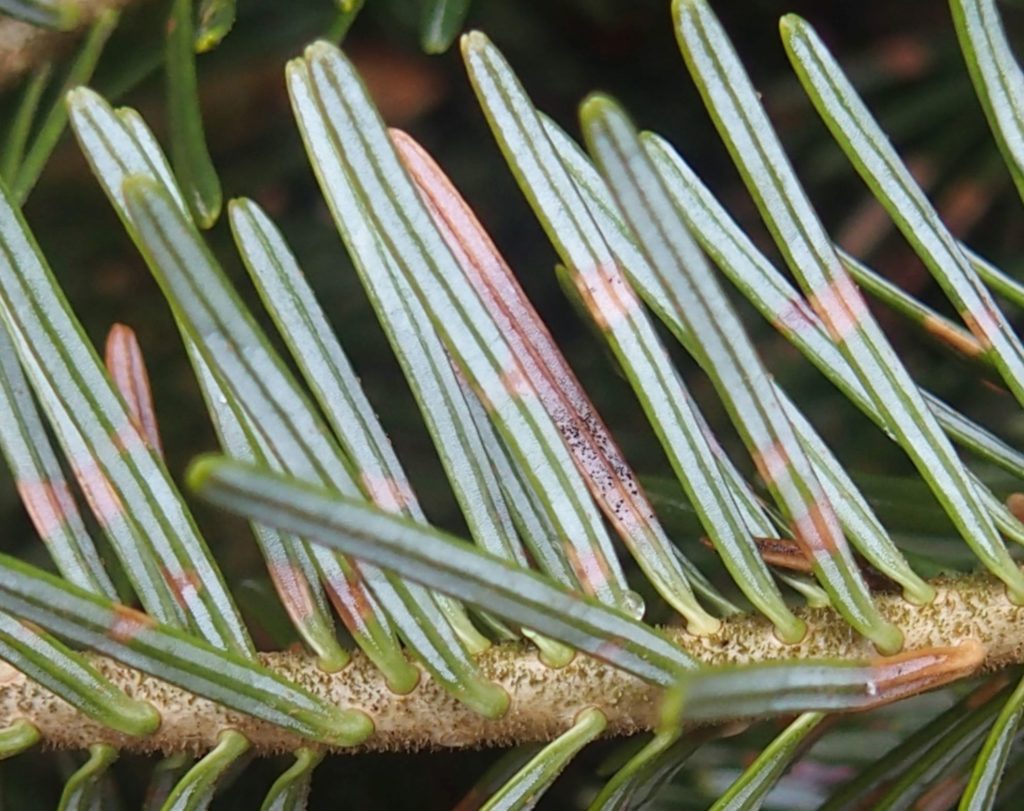 Needle casts: Rhizosphaera pini, similar to Rhizosphaera kalkoffi which causes a needle blight on Colorado blue spruce and other conifers, is not believed to be an aggressive pathogen of Fraser fir and may simply be sporulating on already dead needles.

How to identify Rhizosphaera needle cast: 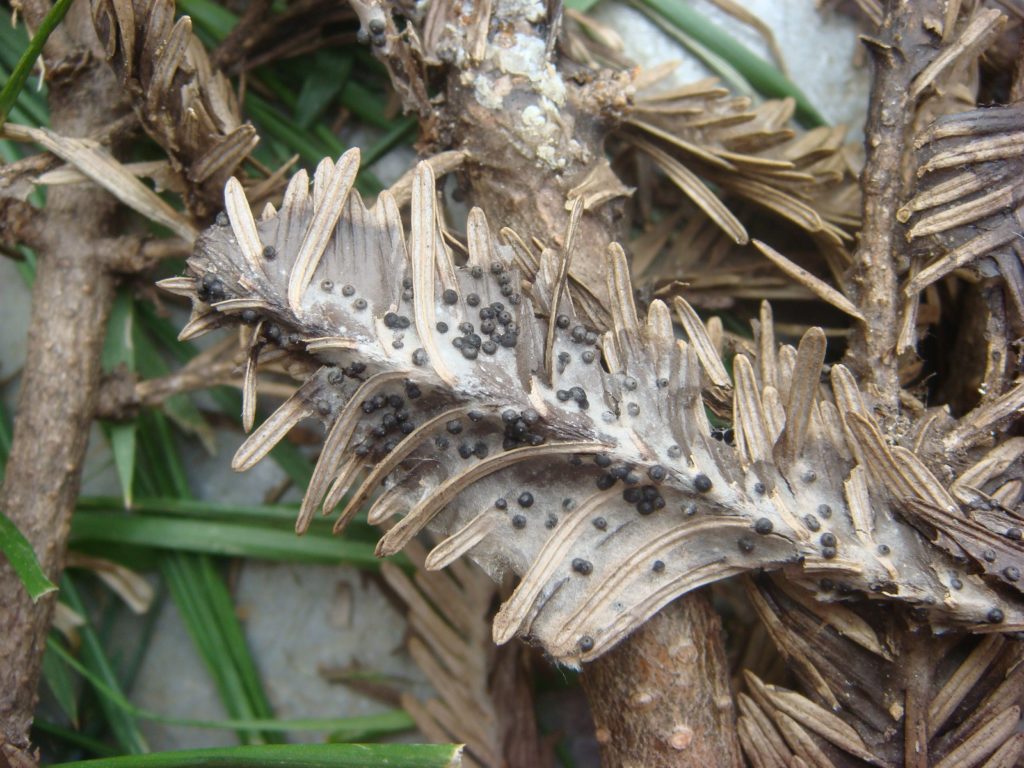 Rosellinia blight: This infrequent disease is associated with large, dense trees with little air movement around them.

How to identify Rosellinia blight: 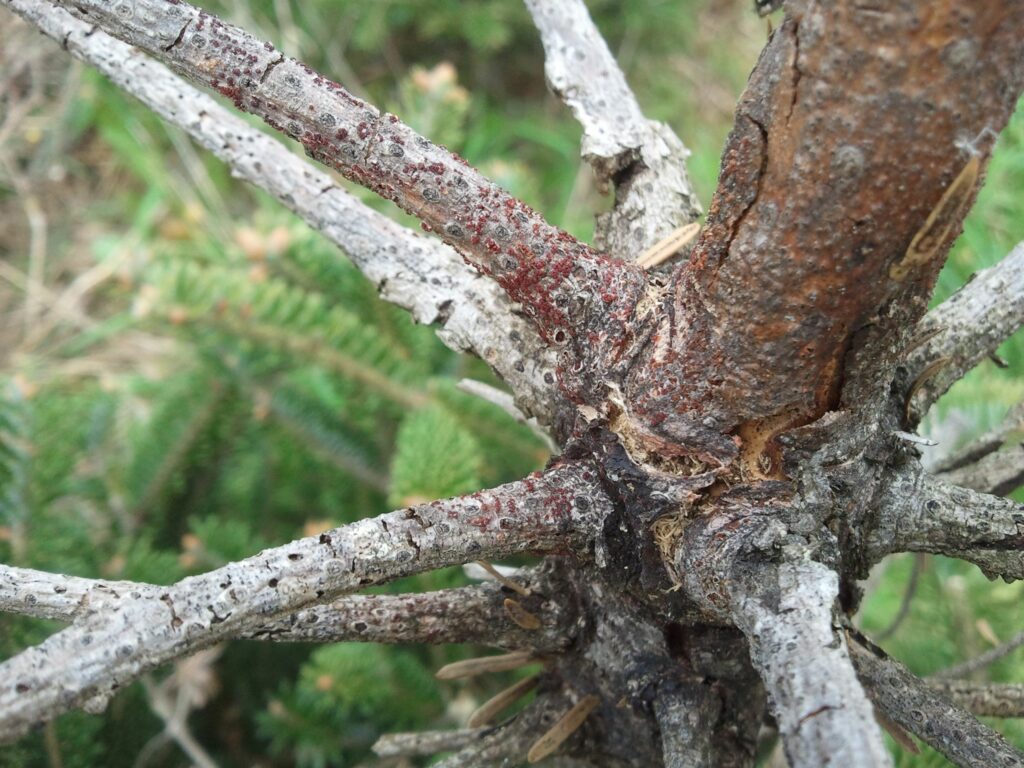 Nectria canker: This infrequent disease caused the tops of trees to die back into the trunk of the tree.

How to identify Nectria canker:

Sooty mold: Black fungal growth on needles and shoots due to the presence of honeydew produced by aphids or soft scales.

How to identify sooty mold:

Algae: Algae is often found growing on needles of trees grown in areas with little air movement where foliage doesn’t dry out until late in the morning.

How to identify algae:
• Green to grayish discoloration on needles though current year’s growth is not affected.
• Discoloration on the needle can be rubbed off of the needle surface to reveal the normal green needle underneath.