Minor pests can be a major problem in certain fields. Often there are few control options, but proper identification and help determine if the problem will get worse. 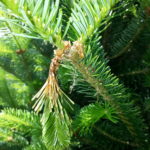 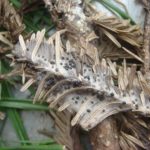 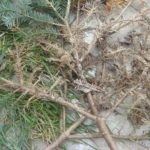 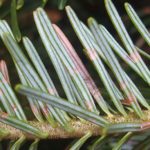 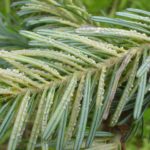 White spores of fir/fern rust erupting from the underside of infected needles. 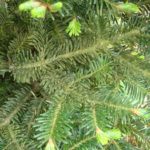 Algea appears on the top of older need.es of Fraser fir. 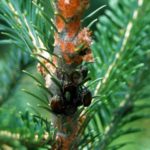 Japanese beetles are one of a number of pests that may feed on the bark of shoots. 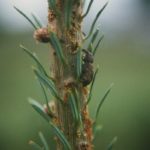