Butterflies were commonly seen in Christmas tree fields, especially in the fall.

The following are photographs of common butterflies taken in Fraser fir fields and field borders during the study. Those less commonly seen are so indicated. 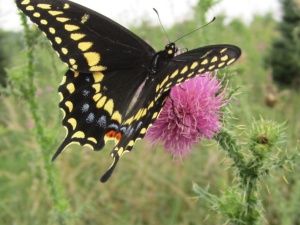 Swallowtails were one of the most common butterflies observed, especially where field borders or field roads were allowed to grow up. 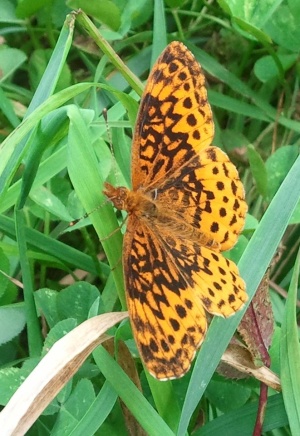 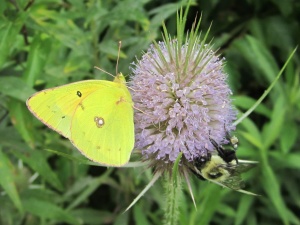 Another common butterfly is the clouded sulphur. 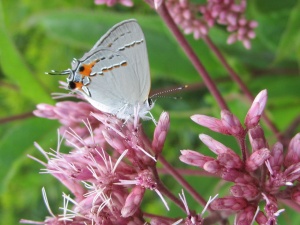 The gray hairstreak is frequently seen in Christmas tree fields. 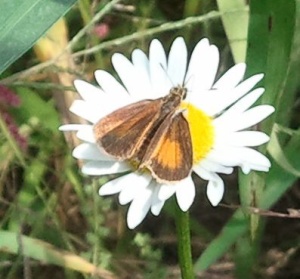 The hobomok skipper was found in several fields. 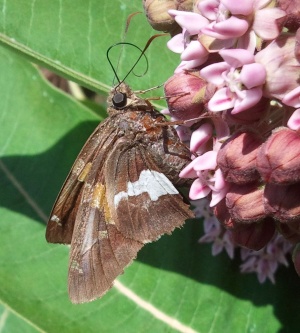 The silver-spotted skipper was less common than some, but still frequently found. 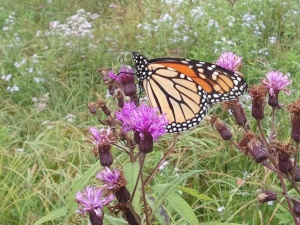 Monarch butterflies were seen in a couple of sites later in the fall. 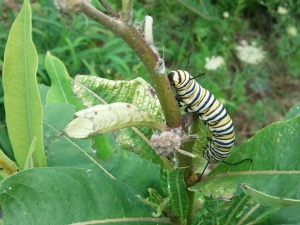 This Monarch caterpillar were found in a couple of farms that had a lot of milkweed. 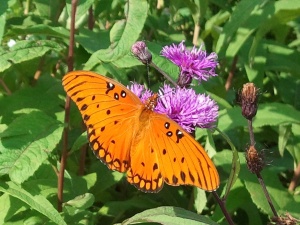 The gulf coast fritillary butterfly was found only at one site.