Where from: Introduced pest from Europe

Type of pest: Reduces growth because as the tree reacts to pest feeding by producing reaction wood that can eventually kill the tree. 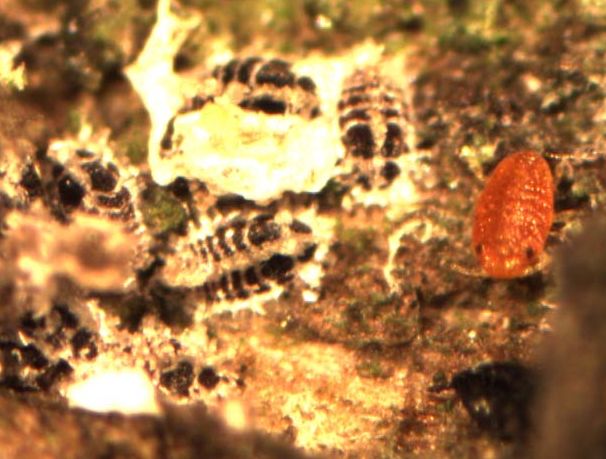 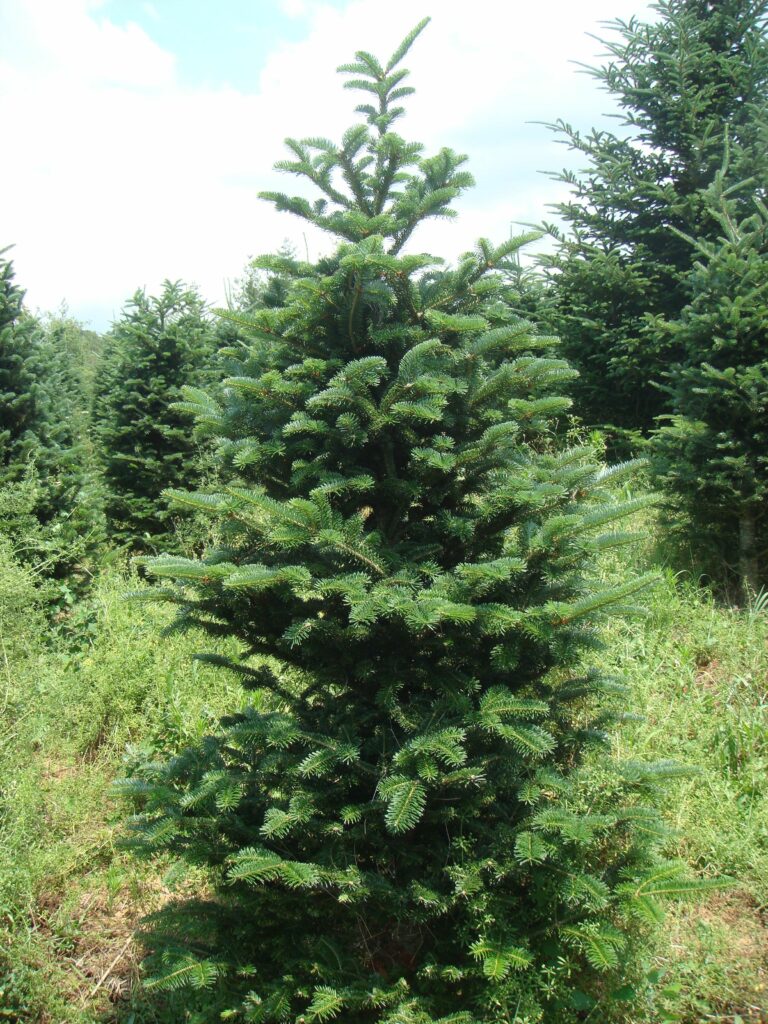 tree with crooked top due to balsam woolly adelgid

Where found in the field:  Balsam woolly adelgid typically starts near infested fir trees from natural stands, abandoned Christmas trees, yard trees or other untreated trees. Trees on ridges may be exposed first as crawlers are blown in.

Where found on the tree: 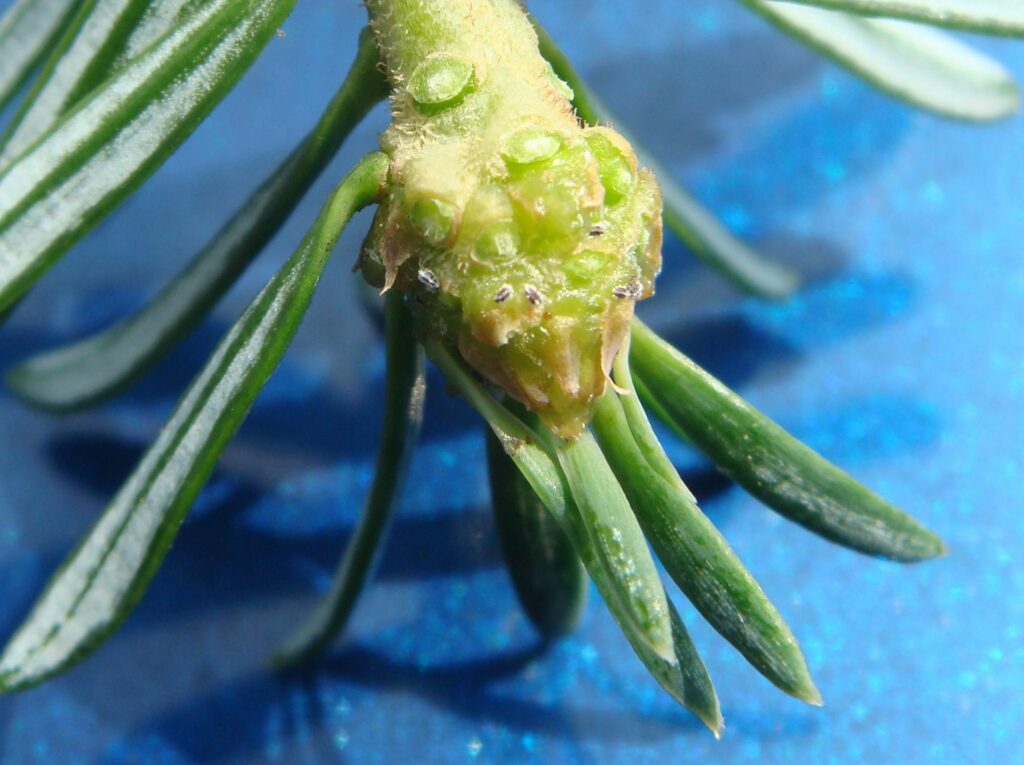 Balsam woolly adelgid can be found on tree buds and branches but are easiest to find on the trunk of the tree. They especially congregate under the branch/trunk union in the folds of the bark.

How weather affects: If it is dry and the trees are suffering from drought the trees are more likely to show symptoms such as dead branches and wilting.

How to develop treatment threshold: Any balsam woolly adelgid infested tree needs to be treated before the next growing season (next spring).

What can be confused with pest/damage:

Important natural predators: Many predators will feed on balsam woolly adelgid including lady beetles and hover fly larvae. However, though these predators do feed on adelgids, they will not clean up the problem. Since Fraser fir is so sensitive to this pest, predators cannot be relied on to give control.