Where from: Introduced pest from Asia

Type of pest: Cryptomeria scale damages the tree through foliage discoloration and needle drop. It is also of regulatory concern. 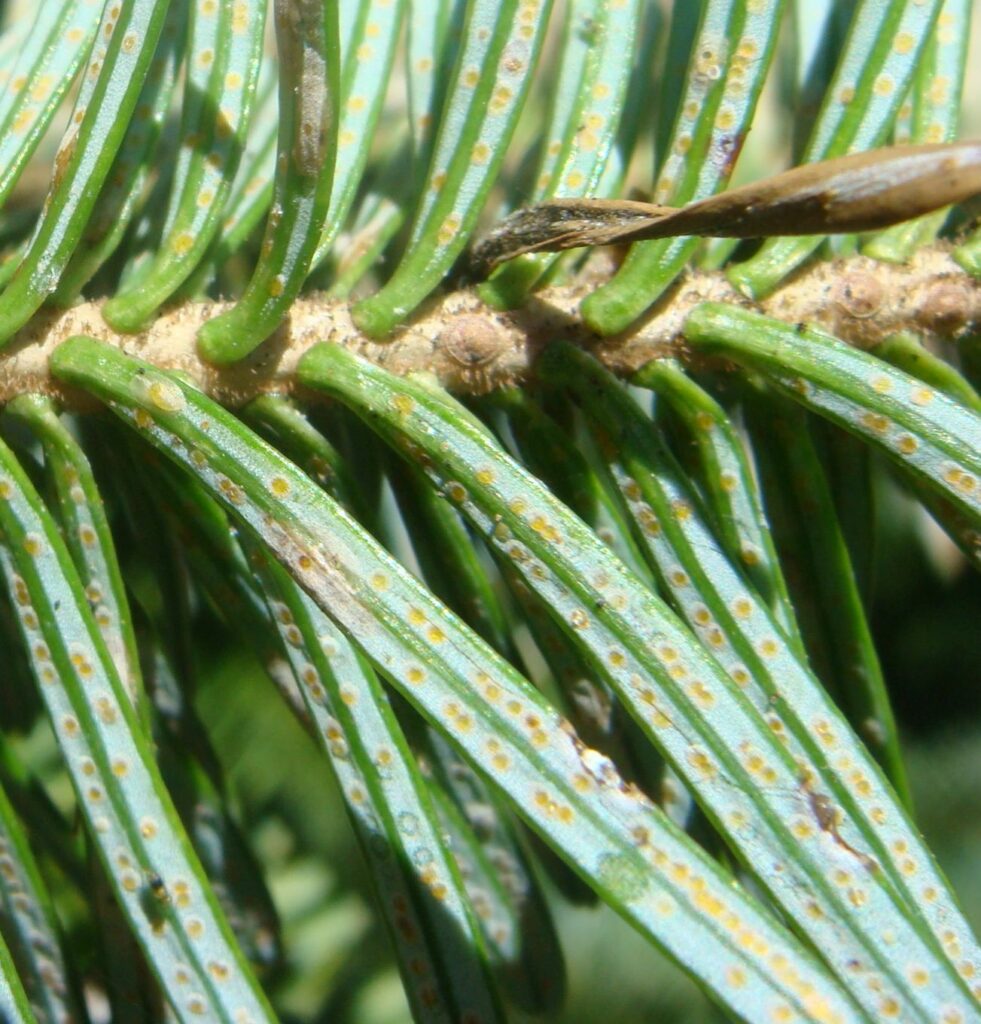 Where found in field: Cryptomeria scale incidence is typically spotty, and may even be limited to a few trees. When any are found, look at adjacent trees to determine the extent of the infestation.

Where found in the tree:

How to develop treatment threshold: Treat for Cryptomeria scale any time it is found.

What can be confused with this pest/damage: Other kinds of scales will cause mottling of foliage including elongate hemlock scale and pine needle scale. The presence of any of these may cause regulatory action but Cryptomeria scale is by far the most damaging to the tree itself.

For more information on Cryptomeria scales including photographs and control recommendations see Scales in Christmas Trees.