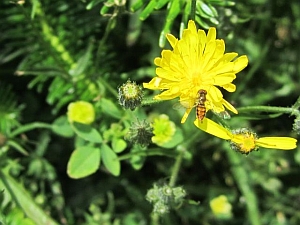 Flowering plants are important to insect predators. For some predators like lacewings and hover flies, it is only the larvae that feed on insects; the adults are pollinators, feeding on pollen and nectar. But even lady beetles, which are predators in both the larval and adult stages, supplement their diet with pollen. Predators may be helping control Christmas tree pests such as aphids and mites, but they may also be preying on other insects which are found in ground covers. The greater the diversity of plants in the ground cover, the greater the insect diversity, and more predators can be supported. In one study conducted by Dr. Logan Williams at North Carolina State University, predatory mites were most commonly found associated with plants having woodier stems such as briars. These cannot be accommodated in the field because they would interfere with Christmas tree shearing and other practices, but are welcome additions to field borders. Predatory mites were not sampled in the present study.

The following predators were observed during the pollinator study and are important in control Fraser fir pests. 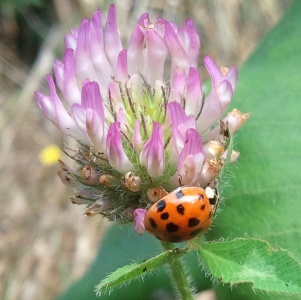 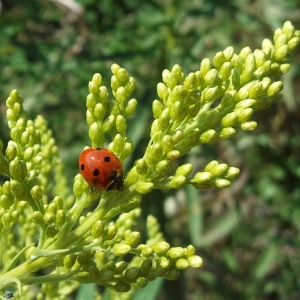 The seven-spotted lady beetle is not as common as Harmonia lady beetles but is still found. 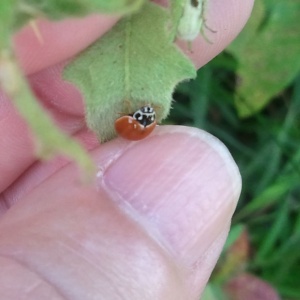 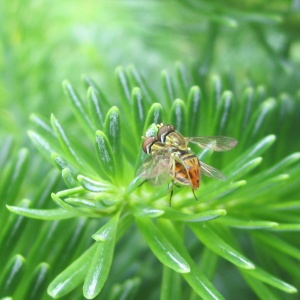 By creating a habitat with many flowering plants, pollinators like these hover flies will mate and lay eggs in the Christmas trees. Their larvae which are predators will feed on aphids and mite pests. 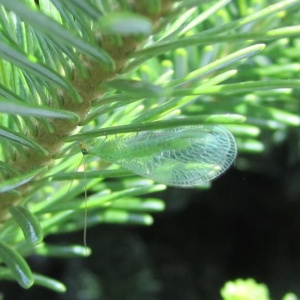 Lacewing adults do not feed on other insects but their larvae do — eating aphids and mites. They are common in fields. 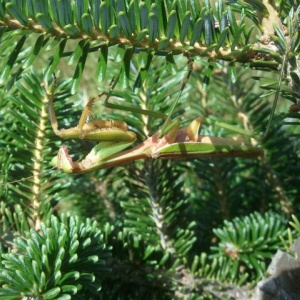 In the fall praying mantids are commonly found in Christmas tree fields. They do not feed on pests of Christmas trees but larger insects. Their egg cases can be a problem in cut Christmas trees. When brought into a warm home, they hatch out into dozens of little mantids.